A SLICE OF HISTORY

In 1972 Crédit Lyonnais decided to build a new prestigious London Headquarters on the triangle site by Mansion House Station between St Paul’s and the Bank of England. 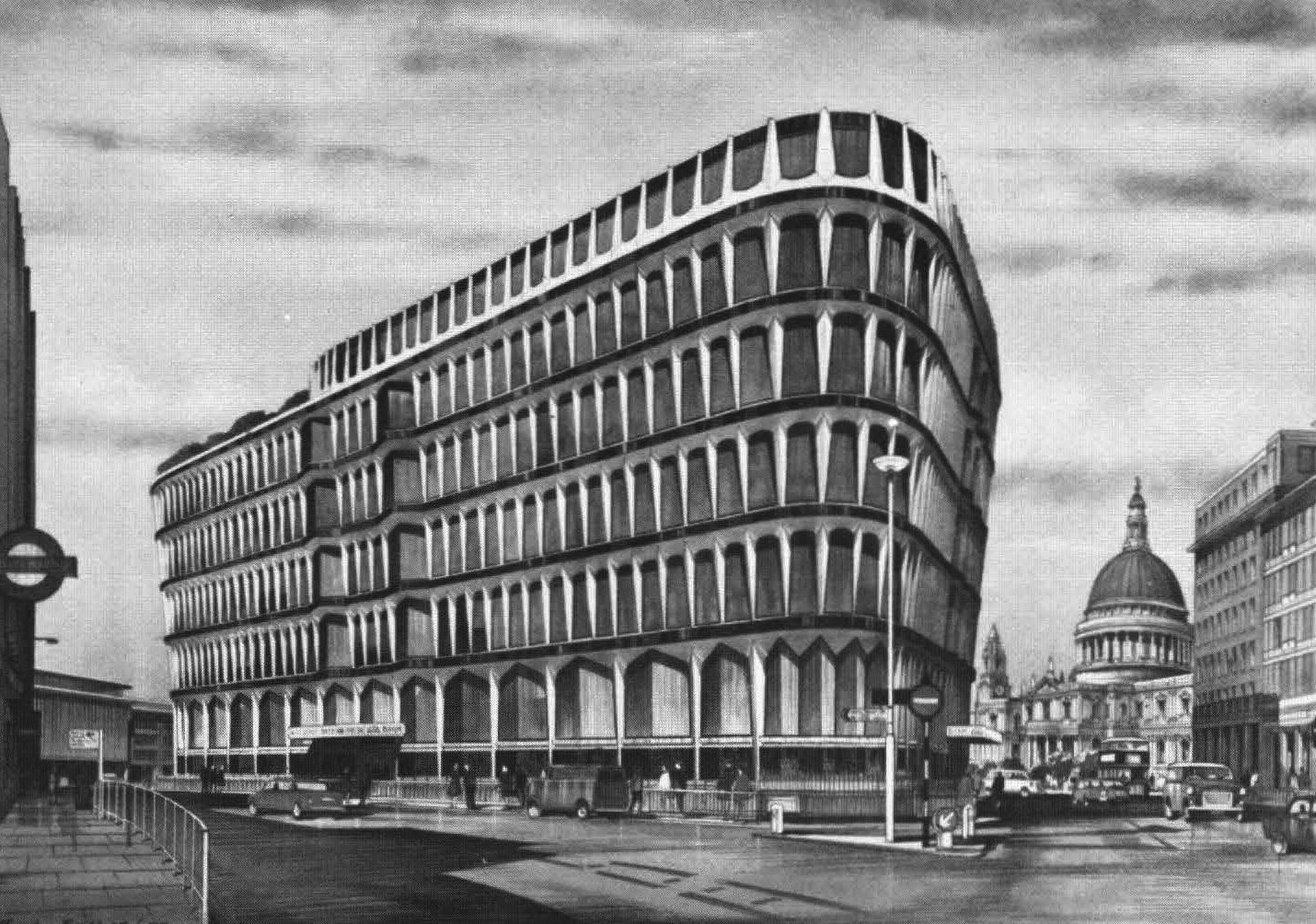 Crédit Lyonnais did not spare any expense on the building, which was to command the island site and be recognisable at a distance.

The building was designed by Whinney, Son & Austen Hall and its distinctive curvilinear design was developed by the partner-in-charge Jeremy Mackay-Lewis. The works were completed ahead of schedule in 1977.

The building has been comprehensively refurbished to add an impressive roof garden with views of St Pauls, the River and the City skyline. As a result, 30 Cannon Street was shortlisted for the RIBA London Regional Awards 2017.

“30 Cannon Street, a unique and impressive bank building, was one of the earliest of its kind to be built in the City of London.

The building leans out at 5 degrees gracefully enabling light to penetrate the lower ground floor thus giving the appearance of growing out of the site.

The non-staining canopied windows give a sculptural effect to the building while at the same time reflect light deep into the building, This gives an uplifting effect forall those who work there with fine views of St. Pauls and the Mansion House.”

Complete the form below to send us a message.
We will get back to you within 24 hours.

Need some advice on what will fit your needs?